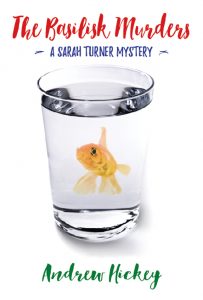 I hadn’t reckoned on the fact that the gated community where we were staying would be full of the kind of nerd who wants to make things more difficult for everyone else, and not just for himself. So at the resort, while I stood in the queue at reception, wanting nothing more than to get to my rooms so I could shower away the stink of travel and brush away the foul-tasting coating on my teeth, I had to wait instead until an argument was resolved.

A man (of course), a few years younger than me – I’d guess twenty-four – with a trimmed goatee beard, round little glasses, wearing black jeans and a black T-shirt with white writing on it saying “The singularity is my retirement plan” was in front of me. This man had a point to make, and was going to continue making it no matter how futile his attempts were or how much inconvenience it was causing anyone else.

“What do you mean, you don’t accept bitcoin?”

“I’ve told you already, sir, we only accept payment for WiFi access in US dollars.”

“What kind of shitty excuse for a resort is this, anyway? What kind of business doesn’t accept bitcoin?”

“To be honest, sir, I’m not even sure what a bitcoin is.”

That was a mistake. After getting over his initial shock, the man took a deep breath, and started to talk about how blockchain technology would destroy fiat currency by allowing the creation of a distributed currency based on strong cryptography. Meanwhile I was stood behind him, back aching, stinking of sweat after a long flight, mouth tasting sour from a day of travelling and bad coffee, and wanting nothing more than to get to my apartment, shower and sleep. Not necessarily in that order.

He carried on talking about bitcoin mining. I hadn’t expected any different. I was, after all, a woman, and therefore irrelevant to him.

“Excuse me, would you mind…”

He turned, with an actual snarl on his face. “Yes I would mind. I am trying to get this perfectly simple, straightforward matter solved, and you are getting in my way.”

I shut up and let him continue. Eventually, a second receptionist came on, and I was able to check in, and get the keycard for my apartment. As I was walking to the elevator, I could still hear the angry man continuing his argument.

“I am on the organising committee of this conference. If it wasn’t for me, this hotel would be empty right now. I have thirty-five thousand followers on Twitter, and they shall be hearing about this…”

From The Basilisk Murders (UK, US) by Andrew Hickey, a murder mystery set in a conference about the Singularity. I read an early draft of the book and cackled all the way through; I bought a copy the moment it was finally released. The “Look Inside!” should give you the idea.

One Comment on “Bitcoin in popular culture: Andrew Hickey, “The Basilisk Murders,” ch 1: the sort of person who runs Singularity conferences”