Kyle Torpey brings to our attention the obvious hazard of giving your postal address to criminals so they can sell you drugs: 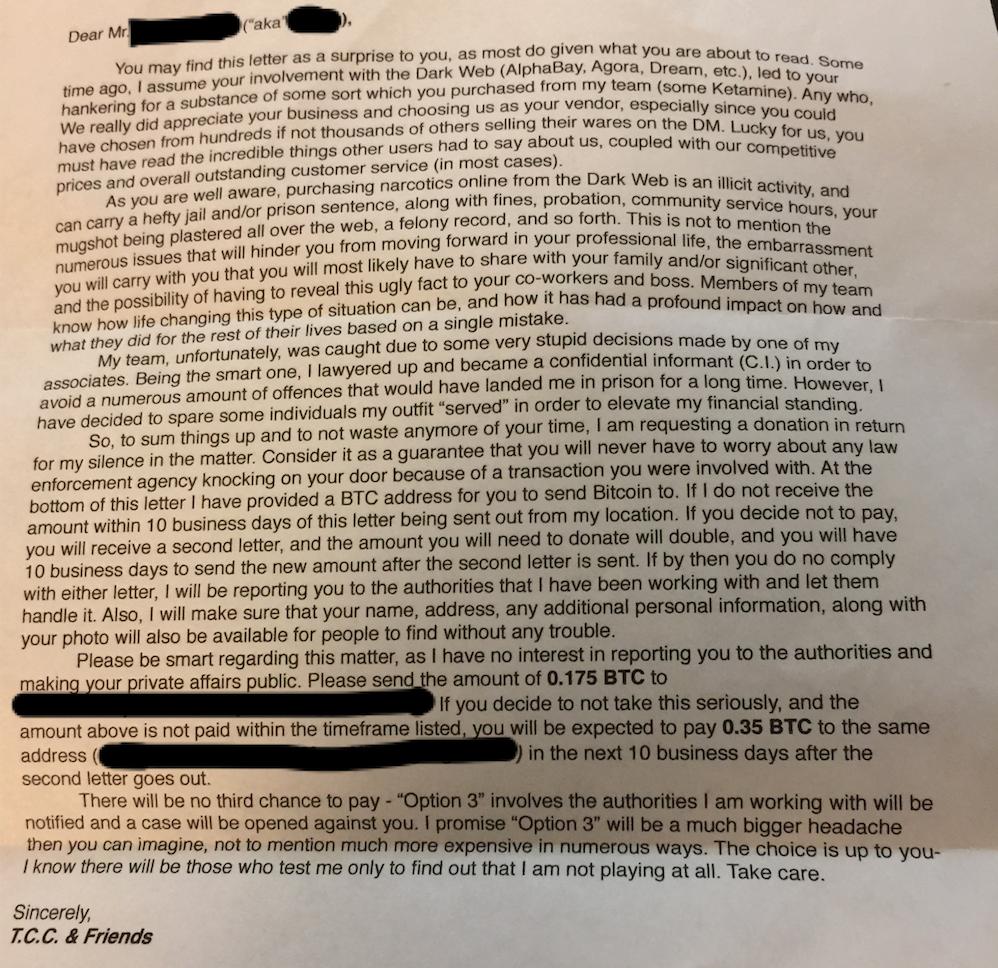 Gwern Branwen notes that this has long been a hazard of the space: “These have become unfortunately common. Vendors keep addresses even though it incriminates them in quantities sold/time periods … On the plus side, at least up to 2015 when I stopped tracking arrests, very few of these shakedowns appear to result in buyer arrests.”

These threats have come up on on Reddit darknet forums previously (e.g., 1, 2, 3, 4). The universal advice is not to give in to the blackmailer — apart from marking yourself as someone who could be shaken down again later (much as with ransomware), this sort of extortion will be a separate serious crime in itself, and would break any reasonable confidential informant deal. Darknet drug dealer “GrandWizardsLair” points out (archive):

The Grand Wizard has never heard of a case where those threats were carried out. It is possible some blackmailers have called LE only to get ignored. Police get bogus complaints every day from revenge-seekers, jilted exes and various loony-tunes. But we suspect that most content themselves with shaking down a few terrified newbies and drop the matter should their first efforts not pay off.

One Comment on “Darknet market hazard: blackmailed by the dealer you gave your address”