My new phone has nothing to do with blockchains — but I’ll be deducting the expense, so it’s part of the writer business!

My old Galaxy A5 2016 was five years old, and getting a bit creaky. When I realised that ridiculously overspecified 108 megapixel cameras existed, that went on the requirements list. And a 3.5mm headphone jack, because Bluetooth is arse.

I dropped £300 on this phone. It has its clunky bits, but I’m delighted so far. 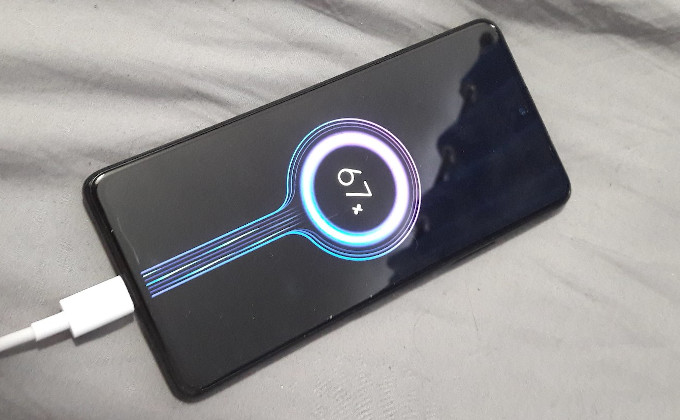 The Note 10 Pro has a 6.7” screen. So it’s functionally a long, skinny tablet — but it fits in my hand.  Our actual tablet (a Galaxy Tab A 2019) weighs 600g, but this weighs 200g, and suddenly everything is usable. I see the point of the app versions of Facebook and Instagram!

The screen is a bright AMOLED. Switch on the 120Hz refresh rate — it uses more battery, but it’s worth it.

I can see why Xiaomi didn’t include physical back/home/overview buttons — the screen is just too elegant without them — but it hampers usability. I’ve gotten way too used to them.

The screen attracts way more cat hair than any other phone I’ve ever owned. I realise this is also our cats, but …

It has 8 CPUs and I got the 8GB RAM model. The OS is Android 11 with MIUI 12, Xiaomi’s own interface. A lot of users find MIUI utterly infuriating, but it hasn’t annoyed me unduly as yet. It takes two SIMs and a micro-SD card.

(Sadly there’s no Lineage, Calyx or Graphite OS for this model as yet.)

There’s no wireless charging, but it does do USB-C fast-charging — 3 amps at 17 volts, same as my laptop.

I’m surprised how good the sound is. There’s a speaker at each end for stereo. It also has any bass at all. I can play podcasts in the kitchen like they’re talk radio.

The MIUI file explorer has an FTP server built in! I advise not leaving it on all the time, but I’ve found it super-convenient for getting photos off the phone and podcasts on.

There’s four cameras, but I’ve just been using the 108 megapixel sensor. This is the ISOCELL sensor, developed by Samsung and Xiaomi. [DPReview] 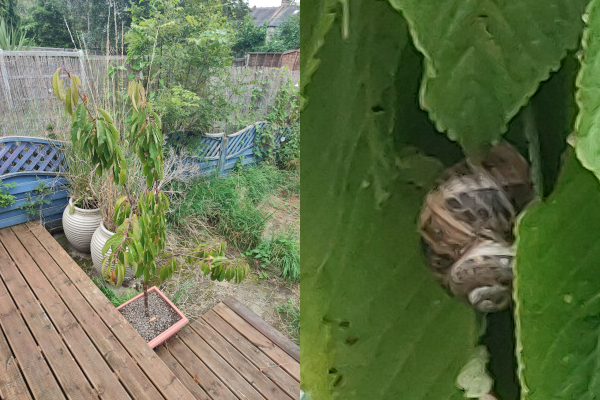 There’s no image stabilisation. (You need to pay flagship prices for that sort of thing.) Under anything other than bright sunlight, full resolution will look like it was taken on a phone.

Here’s a similar shot at twilight in night mode — left is 108MP, right is night mode: 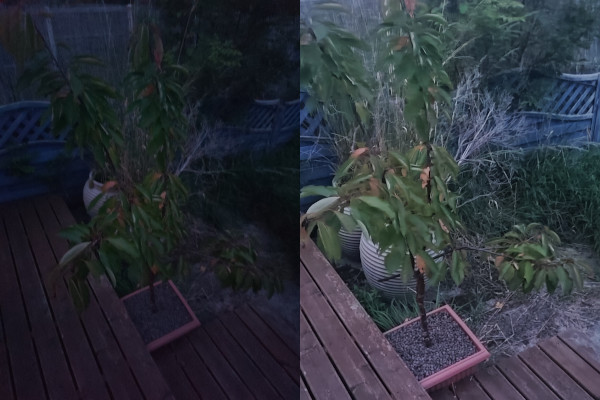 Night mode is not as good as comparably-priced phones. I tried this shot at midnight with no moon, and it came out almost black. Left is night mode on the Redmi, right is the loved one’s Pixel 4a in night mode. The Google Camera app is very good at night mode, so Xiaomi needs to lift its software game here: 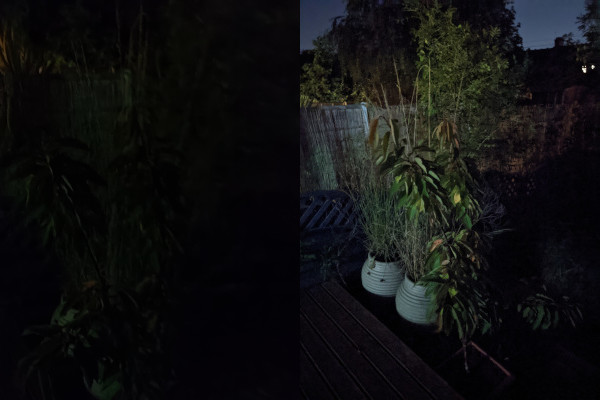 Amazon reviews note that the back of the phone is not made of metal or plastic, but of Gorilla Glass. One guy dropped his phone and it cost £53 to repair it. You’re going to want a case. The phone comes with a clear silicone bumper — use it. And definitely read all the Amazon reviews. [Amazon UK]

Xiaomi included a free Mi Smartband 5 biometric fitness sensor — the previous model, that they were evidently clearing out — which I didn’t care about, but the loved one is delighted with. It also doubles as the world’s cheapest-looking wristwatch.

The Redmi Note 10 Pro has flagship features at half the price. Now it just needs software that takes advantage of them. But I’ve found it worth £300 so far.

9 Comments on “Xiaomi Redmi Note 10 Pro: flagship features at half the price”